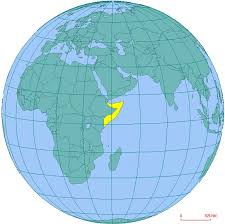 This is an historic election for the country which has lacked an effective central government for several decades.

There are 25 people vying for the presidency including the outgoing president Sharif Shiekh whom many Somali people look at as the favorite. .

UN special representative for Somalia, Augustine Mahiga,  described the elections  as a historic and should be taken seriously.

He said,'”The future of Somalia depends on each and every legislator voting for whomever they believe can best lead their country. I encourage them to carry out this sacred trust free from any external influence..’

Since 1991 when president Siad Barre was ousted, Somalia has lacked an effective central government. Instead it has been an arena for  terrorism activities in which thousands of civilians have been killed.

It is only a few year ago that AU troops went to Somalia to fight ruthless warlords and militia groups including Al-Qaeda-linked Shabaab insurgents who were controlling mini-fiefdoms. They have manged to push them out of most of the towns they had captured.

The new parliament, whose members were selected last month by a group of traditional elders, will vote in a secret ballot in up to three rounds. Each candidate paid 10,000 US dollars to get nominated.

Peace talks between Ethiopia and Ogaden rebels kick off

Muslim Community Report covers all topics relevant to an average public reader. However, we are unique because we cover the most misreported and often underreported global Muslim communities. We also work with transparency from different backgrounds irrespective of their faith or ethnic background. We are a newspaper that makes a difference in the life of the readers.

@2020- All Right Reserved. Designed and Developed by Muslim Community Report